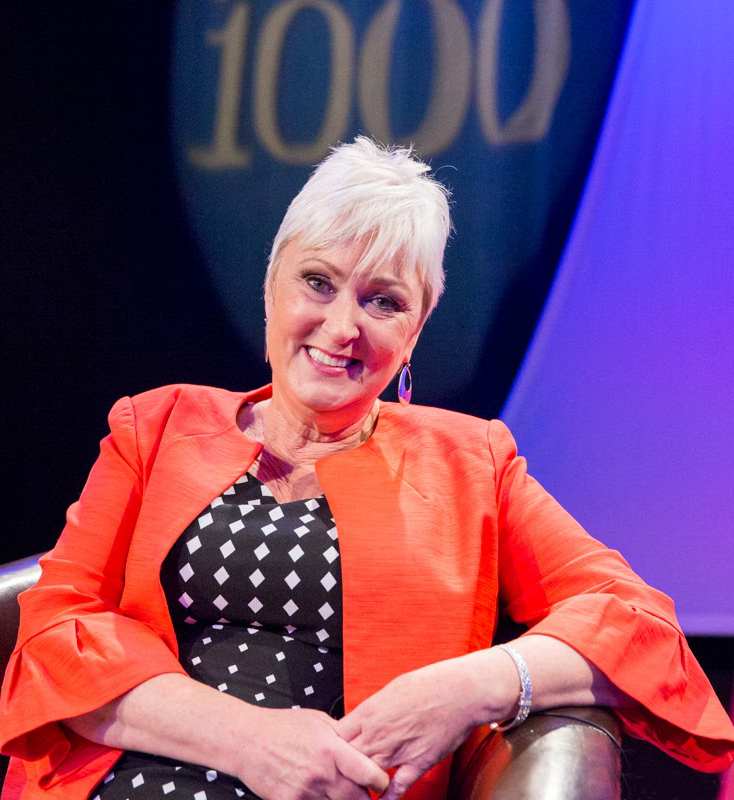 Community Hotline has been MetroEast’s flagship television series for 25 years. Originally it was a call-in talk show hosted by different nonprofits, schools, and government agencies taped in our studios. The program was not only a well-run staff production, but also served as on-the-job training for our volunteer members trying to perfect their craft under the tutelage of our seasoned staff producers.

Community Hotline’s hour-long program consisted of three 15-minute interview segments. Many nonprofits found a way to get publicity for their small or fledgling nonprofits by appearing as guests on the show, at virtually no cost to them. This was one of the services to the community MetroEast provided.

In 2010 MetroEast Office Manager, Monica Weitzel, was tapped to become the first ever full-time host of Community Hotline. Even when she was later promoted to Director of Community Relations and later Director of People and Culture, hosting and co-producing CHL (as it was called by staff) remained a favorite part of her job. Monica worked closely with show Director & Co-Producer, Emily Vidal, for going on 12 years. Emily actually preceded Monica on the show for several years. As Monica stated “Emily is the technical wizard who makes the magic happen directing a crew of up to 8 or 10 people. Without Emily Vidal, there is no Community Hotline.”

Highlights of the series include several regional & national awards for Best Informational Talk Show in a Series from the Alliance for Community Media. Another high point was the production of CHL 1000, celebrating the 1000th episode of the program which was filmed in front of a live studio audience. Members of the community such as Gresham’s Mayor Shane Bemis and other dignitaries showed up to congratulate MetroEast on such an auspicious accomplishment and to join in the celebration. “I have to give credit to our former CEO, Marty Jones, for recognizing the value of Community Hotline and what a great service it was,” Monica says.

After 14 years working at MetroEast, including 12 years hosting and co-producing, Community Hotline, Monica is saying goodbye. Her position at MetroEast is being eliminated due to budget constraints, and so she will be retiring. She says being part of the program and seeing herself on TV has been the most fun she ever had on a job. She states that “working with Emily has been a joy. She is the consummate professional and also a very good friend. We’ve had wonderful crews over the years. But one of the best parts has been being able to showcase the great work of nonprofit leaders and others who work so tirelessly to make a positive difference in our communities. It has truly been a pleasure and an honor to serve in this way.”